​
Most of the 75th Anniversary commemoration and celebration events planned for the spring of 2020 will understandably not take place ... but they have not been cancelled, merely postponed until the spring of 2021 when the Netherlands will mark this major anniversary year as 75+1 Years of Liberation!

​The Liberation of Holland was brought about primarily by the Canadians, a monumental struggle of service and sacrifice in the pursuit of democracy & freedom. Canadians signed up from across our country, joining forces to sail across the Atlantic Ocean to liberate a people they did not know. As many Dutch people of that generation will say, "thank God they came."

Meanwhile, back in Canada, the Dutch royal family found refuge in Ottawa, where Princess Margriet was born in 1943.

The Dutch people have never forgotten. Each spring the Dutch government sends 20,000 tulips to Ottawa, a heartfelt gesture signalling an unbroken friendship. And each year, Liberation Tours takes Canadians back to Holland to reflect, remember, and in particular to honour those who fell - and who are forever laid to rest in Dutch soil. Now, 76 years later, you will become part of this enduring connection between our two nations. It will be an experience of admiration and respect like no other - it will be a truly emotional journey. There is perhaps no better place to be a proud Canadian than Holland in the spring.
​Tour highlights include:

Our annual Northwest Europe battlefield tour is the most comprehensive tour of its kind - a pilgrimage to the Canadian battlefields of both WW1 and WW2 where Canada came of age as a nation and forged a reputation as the army to be called upon for some of the most difficult and challenging battles. This is our annual signature tour, ideal for those making their first trek to the battlefields and hoping to catch most of the significant points of interest in a single trip. It is the ideal time of year to visit the battlefields in terms of weather, with western Europe coming into full bloom while still offering pleasant temperatures. And in particular, the annual spring events in Holland make this the perfect time. If you were to make only one Canadian battlefield tour, this is it.

You’ll stay at quality hotels throughout, selected for their great location and service. Your excursion includes a little free time to enjoy a some culture along the way. And you’ll be part of a typically all-Canadian group, mostly couples. Read what past travelers have said about our trips.

Join us for an unforgettable, life-changing journey through France, Belgium and Holland. Scroll down to see the itinerary.
Download the Brochure!
Liberation Tours is the proud
Signature Tour Partner of the
Canadian Tulip Festival​ 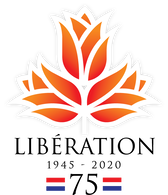 Vimy Ridge, France.
Every Canadian ought to visit once.

ITINERARY - MAIN TOUR
ITINERARY - OPTIONAL 2-DAY EXTENSION
Download the Brochure!
Note:  Minor changes to the itinerary are possible prior to the winter of 2020-21.
Clients should keep in mind that minor variances are always possible during the actual tour
​based on the need to adapt to circumstances we encounter during our travels.
PRICING
COMING SOON!

PRICING WILL INCLUDE:
PRICING WILL NOT INCLUDE: IMPORTANT NOTES:
To reserve your seats please contact your favourite travel agent or:

Are you a travel agent? Contact us!
Join us on the journey of a lifetime.